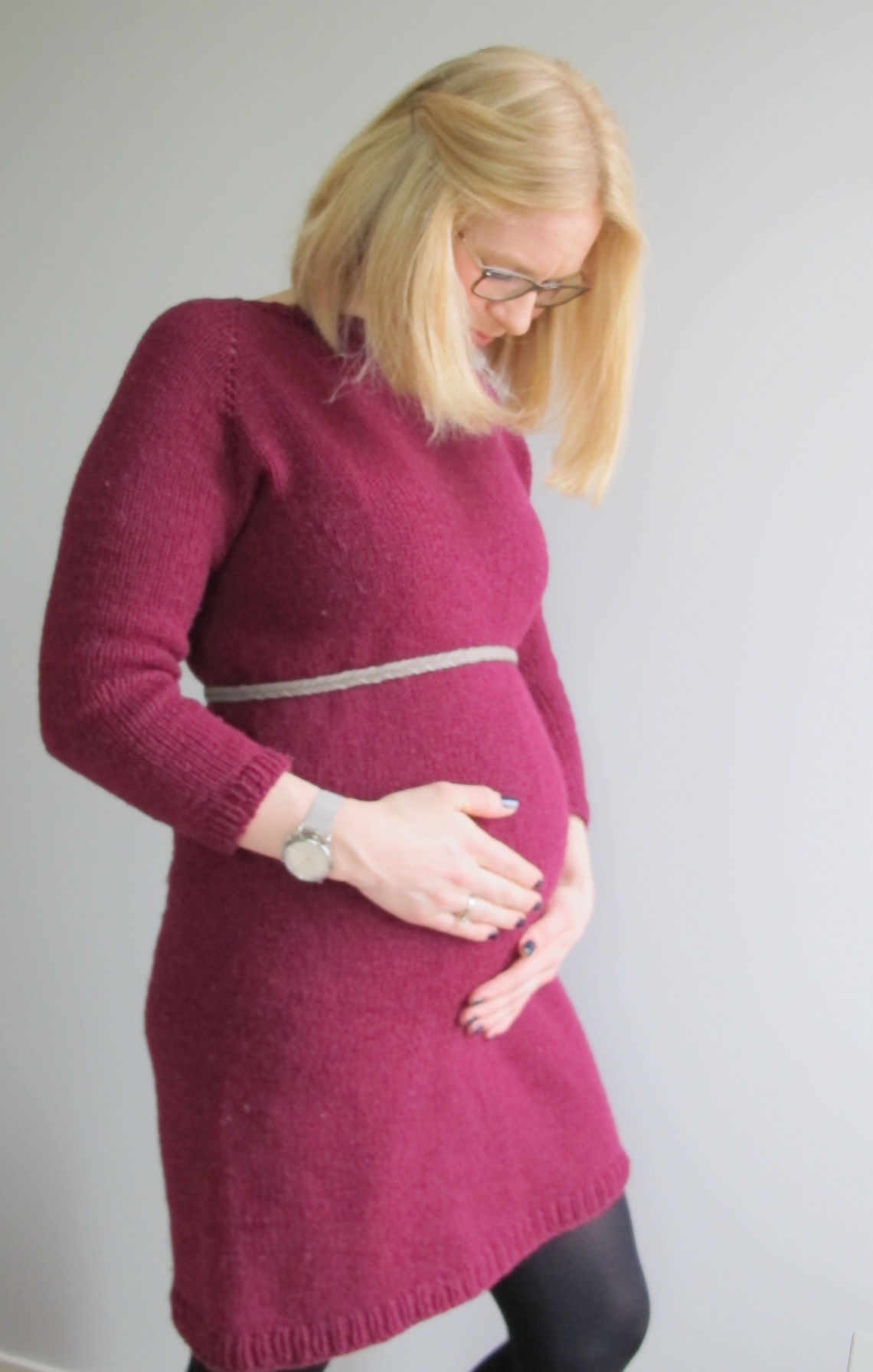 For those of you who have been in the social knitting game for quite a while now, you might have noticed Ingrid (aka @smastrikk) as the-one-with-all-the-perfect-baby-clothes.

Square by square, she’s let her followers catch little glimpses of her everyday life – the very definition of picture perfect, if you ask some.

Until quite recently, when things changed quite dramatically, and she decided to be real.

When her first child came along at the end of 2015 after two-and-a-half years of trying, including a year of hormone therapy, she found herself secretly laughing at all the mums who were carrying their babies in slings.

“I was like – why do you need to carry them all the time? Just put them down,” she laughs.

Fast forward 20 months and her second son decided to make an appearance, much to their delight and surprise, seeing how she’d been told their chances of conceiving again without assistance were very slim.

But this time, it was different.

“I was sitting on the bed after giving birth and they brought me that tray of food that they always give you after you have a baby in the hospital, you know?

“Then I went to put him down in the cot, like you’re supposed to, but the minute I did, he just started screaming his head off. And that’s when it all started,” she says and takes a sip of her coffee whilst looking over at her now peacefully sleeping four-month-old.

“This only started a few weeks ago – being able to put him down for a nap,” she says. She confides she’s had thoughts about wishing he would go back to where he came from, in those darker moments where she’s pacing up and down the floor with him in the sling.

Ingrid doesn’t complain at all – she quite comically relays her honest experience of motherhood in a way that you can’t help but laugh and feel an overwhelming sense of compassion for her.

“There’s something that’s been bothering him though – he’s got allergies and he was tongue-tied. And to be honest, I think world outside the womb has been incredibly scary for him,” she explains.

So how do you get all that knitting done?

“Oh – I knit like this,” she says and excitedly puts her mug of coffee on the table and props her foot up on the armchair she’s sitting on, demonstrating where his head would be, whilst leaning her elbow on her knee and pretending to knit.

“The rocking motion from my right arm when I’m knitting kind of soothes him, so I just sit like this for two hours,” she laughs. On that note, she grabs her latest project out of her bag and starts knitting.

When that doesn’t work, she puts him in the sling – where he’s spent the majority of his life as a newborn, leaving her arms free to knit whilst she walks around trying to comfort him.

Ingrid actually started knitting before she got pregnant with her first, and explains it became quite therapeutic when she didn’t know if she was ever able to have children. 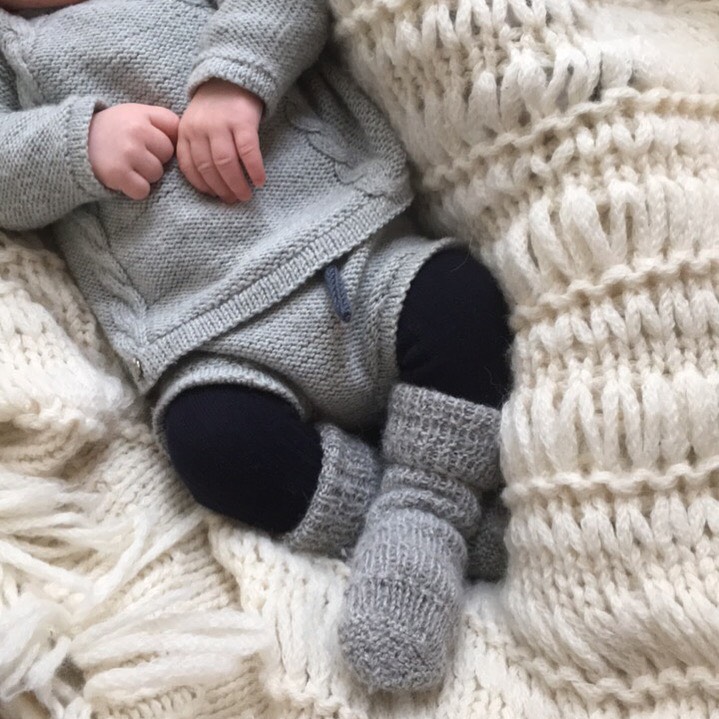 She decided to knit the back buttoned jumper and romper from Ministrikk – who has been a true inspiration for her – dreaming of one day being able to put a baby in it. Within two months, she was pregnant.

Not long after her first was born, she met @frmarielle at a knit-up in her hometown Bergen, and realised they live five minutes apart. Soon after, their knitting club – now comprising of five members (@egemeg2, @mariestrikk and Ingri from @sisterknits) – was established. 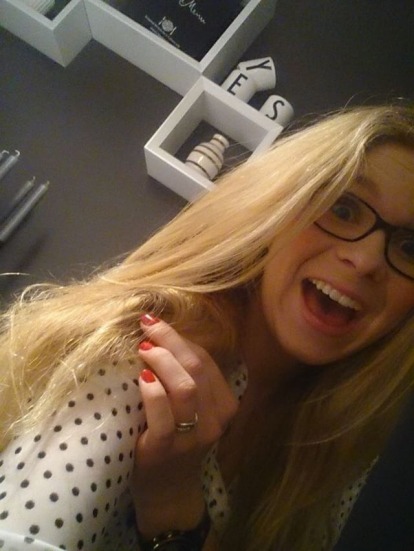 Despite being known for her idyllic pictures of baby knits on social media, she decided to share her experience of having her second-born with her followers.

“Why should I tell everyone that life is so amazing? It’s that façade that everyone puts up on social media – no one actually shows how shit their day was,” she adds.

Whenever Ingrid puts a post up that portrays how motherhood can be tough, she’s never whinging. She always puts a funny spin on it – like those days when she should be doing stuff when he naps, but instead, she can’t help but sit and just stare at him.

“If I didn’t share these things – and if I wasn’t honest about it all, I’d get really down about it,” she confides.

“Things have been incredibly tough these past few months – I don’t suffer from postnatal depression, I’m just exhausted. And I need to be able to share this, to show others who are struggling that motherhood isn’t always as fantastic as people make it out to be.”

The feedback she gets, and the messages she receives, are part of the reason she’s carried on sharing.

“Everyone says how amazing it is to birth that child and for them to be put on your chest afterwards – how you just get a rush of love immediately. But I didn’t get that, and lots of people don’t. It took a bit of time.

“I get such an incredible amount of messages from people telling me they appreciate my honesty, and that they feel the same way that I do,” she adds.

Not everyone is in control

She believes it’s important to know that you don’t always need to be in control of everything.

“There’s so much bliss on social media – and fine, we need that too. People want to show that they’re in control – it’s why we tidy the house when we have guests.

“But sometimes we need to show that we’re not in control, and our kids are eating ice cream on the sofa whilst watching TV.

“And It’s really important that we talk about those times.”